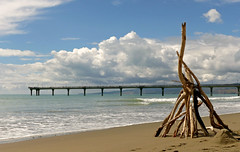 I am a literature scholar. Over thousands of years of literary history, authors have tried and failed to convey an understanding of Others (with a capital ‘O’). Writing fiction is an exercise that stretches an author’s imagination to its limits. And fiction shows us, again and again, that our capacity to imagine other minds is extremely limited.

Plato was a famous early curmudgeon when it came to the dangers of externalizing memory. In the dialogue Plato wrote between Socrates and the aristocrat Phaedrus, Socrates tells a story about the god Theuth discovering “the use of letters.” The Egyptian king Thamus says to Theuth:

This discovery of yours will create forgetfulness in the learners’ souls, because they will not use their memories; they will trust to the external written characters and not remember of themselves.

(Of course, Plato’s ideas are only accessible to us today because he wrote them down.)”

It’s called the “dinner party problem”: A table of four or fewer people may happily converse as one, but a party of five or more will splinter fairly quickly into separate conversations of two or three four people each. What is it about the number four?

Only dull people are brilliant at breakfast.

First, clean your workspace. Even though it’s a pain to clean right when you get into work, it makes a big difference to your ability to concentrate. A Princeton University study found that people who worked in a clean workspace out-performed those who worked in a cluttered one because clutter pulls your attention away from your work. In fact, the effects of clutter on concentration are not all that different from the effects of multi-tasking.